My first book in The Last Firehawk series with Scholastic Branches is out now and it’s already had some fab reviews. 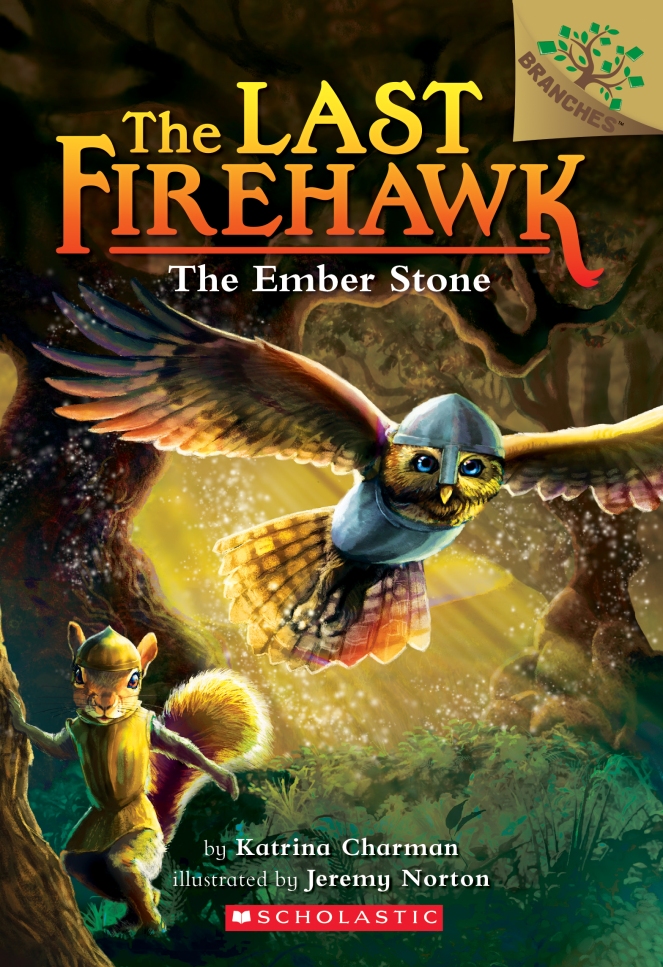 A terrible darkness is spreading across Perodia. Thorn, a powerful vulture, is using dark magic (and his dark army of spies!) to destroy the magical land. A young owl named Tag may be the only one who can save it! Tag dreams of one day becoming a brave warrior, but he is small . . . In this first book, Tag and his best friend — a squirrel named Skyla — meet the last firehawk. Together, the three friends learn about a magical stone. Could this stone be powerful enough to defeat Thorn? This action-packed series makes a great introduction to fantasy and quest stories for newly independent readers. Realistic black-and-white artwork appears on every page!

Praise for The Last Firehawk #1: The Ember Stone

“The first book in this new series brings the animal fantasy genre to early chapter book readers…. The adventure is nonstop, making this an ideal choice for reluctant readers…. Detailed black-and-white illustrations blend well with the text, and will keep kids engaged. VERDICT: A strong beginning to an adventure series for chapter book readers, especially those who are not quite ready for Erin Hunter’s ‘Warriors’ or Kathryn Lasky’s ‘Guardians of Ga’Hoole.'” — School Library Journal

“A promising start to a series for fledgling fantasy readers.” — Kirkus Reviews

View all posts by katrinacharman